God works in every generation through men and women who make themselves available. In the last few decades, men and women have walked with God to accomplish great Kingdom exploits that have advanced the Gospel of Jesus into previously unreached places. Their stories are filled with miraculous adventures that reveal God’s Glory in a new dimension. These are the stories we want to tell.

“We will not hide these truths from our children, we will tell the next generation about the glorious deeds of the Lord, about His power and His mighty wonders”
Psalms 78:4." 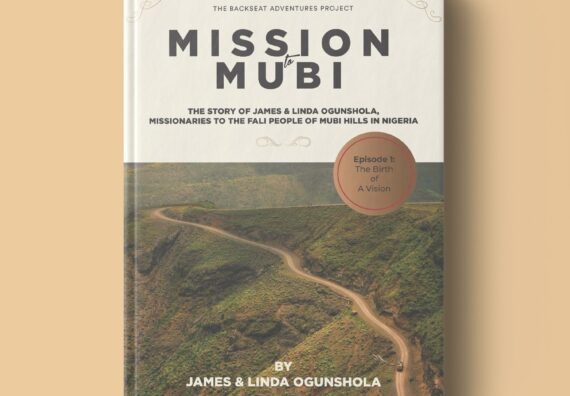 It’s the year 2021 and it has been 36 years since James and Linda first stepped foot on the grounds of Mubi in North-East Nigeria. Then it was called Gongola State, today it is in Adamawa State. They were both in their twenties, newly married and had just walked away from what seemed to be promising careers in thriving industries to come live among a tribe who then didn’t even wear clothes. Their decisions did not make sense to anyone who knew them,

The early years would be trying and challenging. James would build their first mud house and roof it himself with help of a few friends, and few weeks later one night of heavy winds will take off the entire roof rendering them homeless in the middle of a jungle where they knew practically no one. They would both learn to speak new languages, eat new food, make friends with a new set of villagers and adjust to a new lifestyle. Linda would later shelf her degree to go take new training in Health Extension work so that she can be licensed to start a clinic that will serve several villages where their children died from simple preventable disease because there was no medical facility within hours of walking distance. They would both plant churches in villages totally locked away from civilization, setup schools and see what hindsight would consider a rapid transformation of communities, but what they see as fruits from decades of totally abandoned labors.

There would be a lot of drama and challenging experiences: assassination attempts, loss of a baby, loss of colleagues and many great disappointments, yet there would be miraculous experiences, angelic interventions and palpable encounters that makes you know that the same God who dealt with Moses and Elijah still deals with men and women in our generation. Some of their stories would have made it into the Bible if they lived in 2000 BC.

The question is: what would make a young promising engineer fresh from his degree in Poland and a best graduating student of her Faculty at the University of Ife, both with super promising prospects leave everything behind to go live on a mountain where nobody seemed to even care about? This is the story we are following in Mission to Mubi.

The story will be told in phases and episodes, but you don’t want to miss any piece of it.

Look out for the first part – The Birth of a Vision. That is where the story begins.

END_OF_DOCUMENT_TOKEN_TO_BE_REPLACED

Know the next stories we are working on, and get notified when new stories drop The Latest and Greatest News

Want to be Creative?
Sign Up to Our Newsletter!